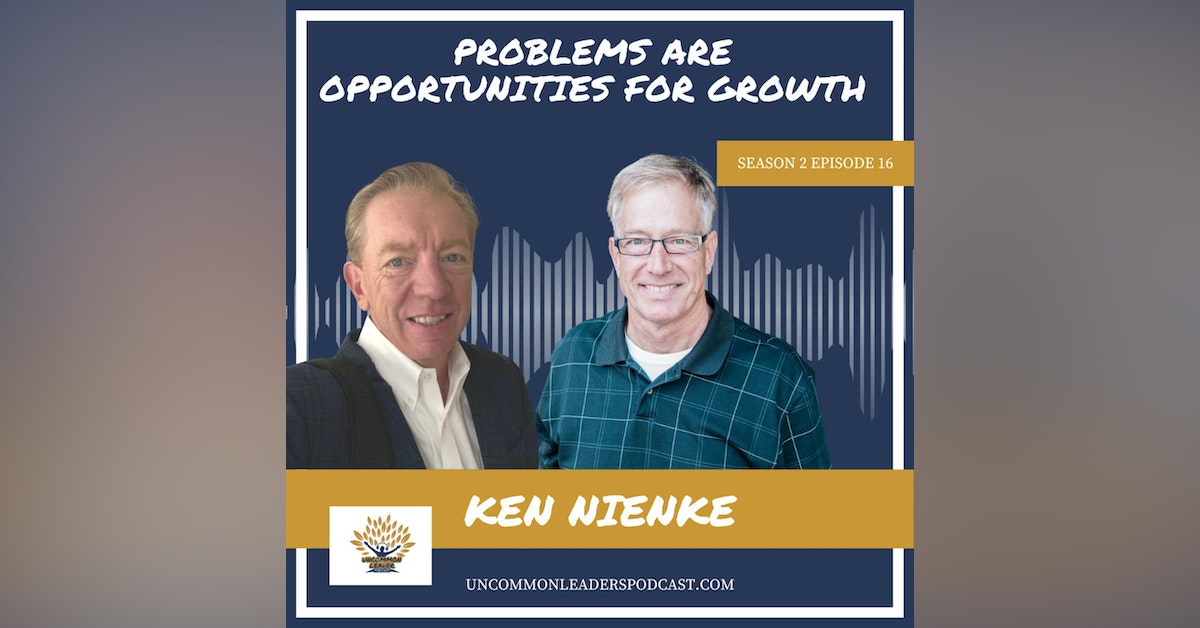 Welcome back Uncommon Leader Podcast nation!  I have got another fantastic guest for you this week.  His name is  Ken Nienke, former Lead Pastor at Fellowship Community Church in Salem, VA.  The theme of this podcast is organization and personal growth.  While Ken’s experience was in ministry, growing Fellowship from a small church that started in a basement with 69 people to a thriving three-campus church with over 1500 regular attendees is a leadership story that transcends industries.  What I see almost as impressive as the exponential growth was that Ken has stayed on at Fellowship for over 20 years now!

In this episode Ken and I discuss:

I love having conversations with friends who make me laugh as well as challenge me and help me to grow.

Thanks for listening in to this episode of the Uncommon Leader Podcast.  I am sure there was value in it for you and I am confident that you know someone who needs to hear this message as well, so PLEASE, hit the subscribe button, leave me a review, and share this podcast with someone else who needs to hear it!

Until next time, Go and Grow Champions!!